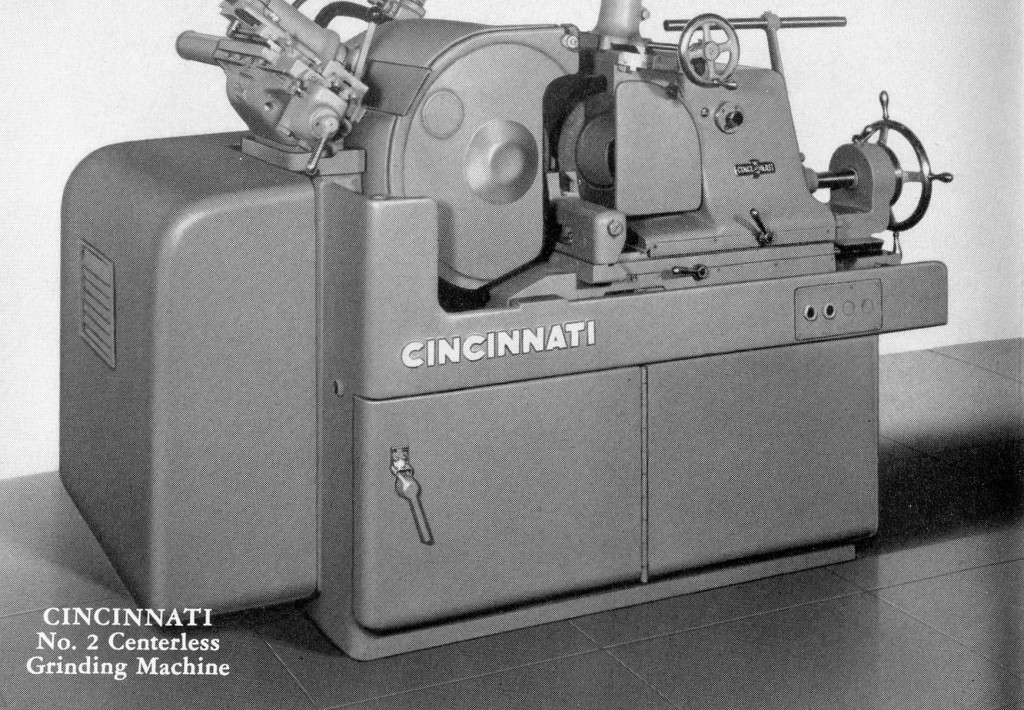 Centerless Grinding has been around since the 1920’s.  This process eliminated excess part handling and allowed higher feed rates than center typed grinding.  Since its introduction in the early 20’s, the fundamental principals have remained the same.

These time tested machines are still in use today in manufacturing facilities throughout the US.  There is a large market for remanufactured centerless grinders.  These machines were built so well that a remanufactured centerless grinder has the same static stiffness as when it was originally built.  It’s no surprise that these machines rely on numerous bronze parts to keep them running smoothly.

Below are illustrations of the various parts that make up a Cincinnati Centerless Grinder.  The Bronze Parts are highlighted. 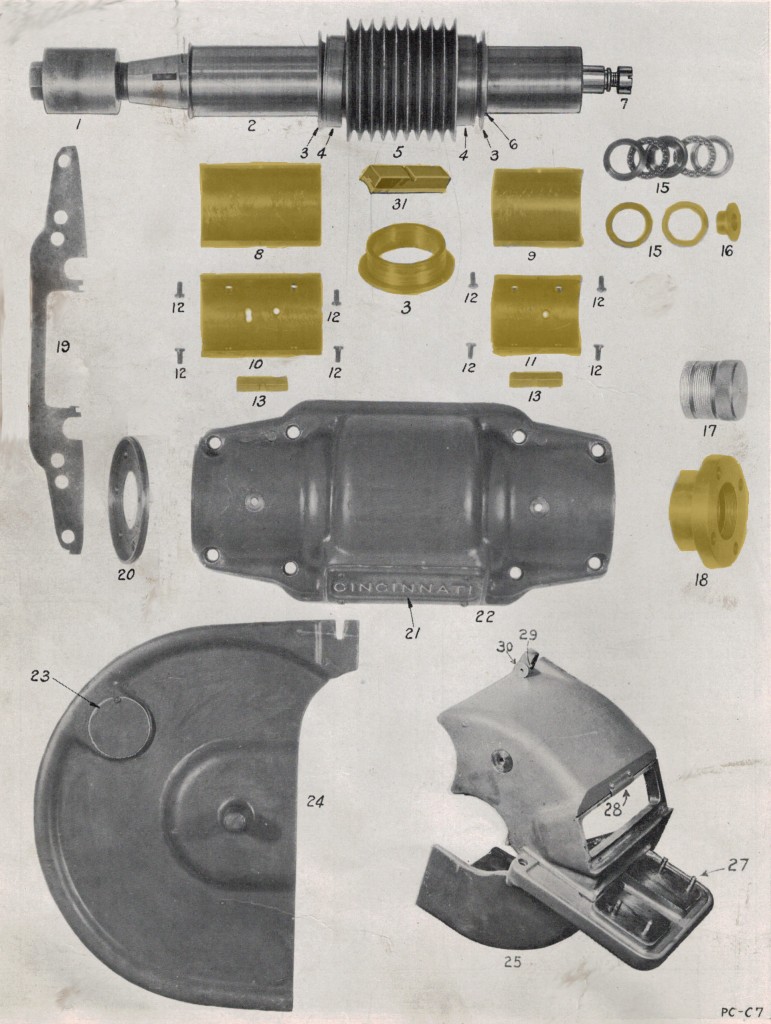 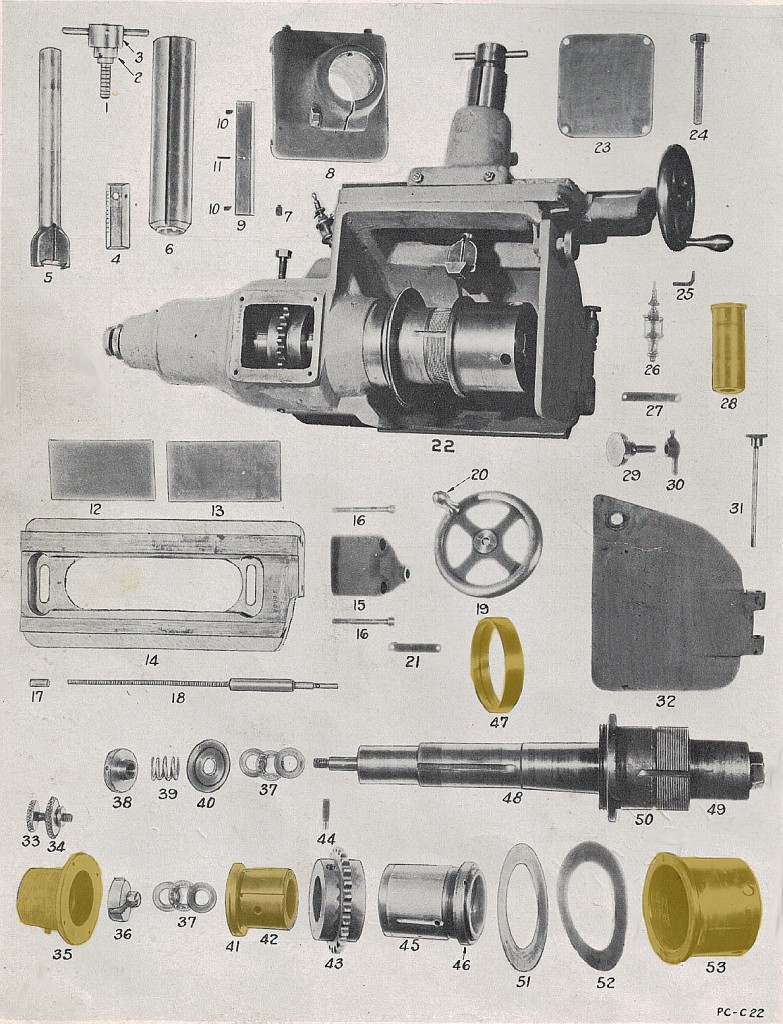 Here is a video of a Centerless Grinder used here at National Bronze Mfg.  This machine was built in 1941 and still runs on the original bronze parts for when it was built.