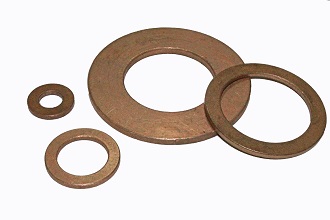 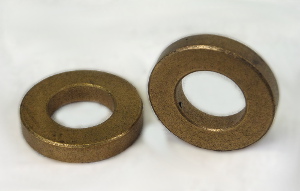 While sleeve bearings perform the duty of handling radial loads, there is no such way for them to handle axial or thrust loads.  Whenever a mechanisms primary movement has both radial and axial forces to contend with thrust washers can be used. In their simplest form, thrust washers are long wearing flat bearings in the shape of a washer.